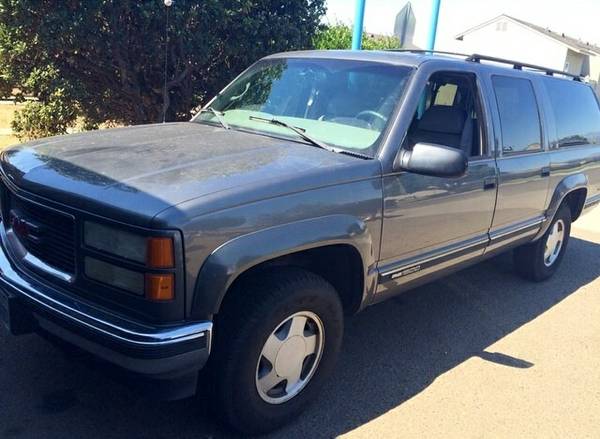 I have a 1999 GMC suburban for sale it has 131,000 miles on the chassis
and less than 50K on the motor as well as rebuilt transmission with a
monster overhaul kit and the rear end has less than 70,000 miles on it
which is a limited slip rear end it’s four-wheel-drive, 3rd row seats
(removable) it’s the slt so it has all the upgrades, it’s got a Bluetooth deck
in it, new battery, alternator, fresh full tune up as well as new mass air
flow sensor it passes smog and tags are paid until mid 2015 I’m asking
5500 OBO or trade for smaller 4×4 or a turboed honda civic